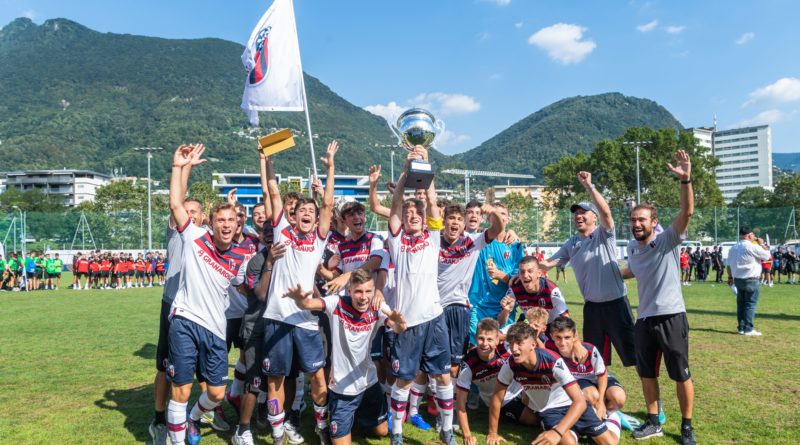 Sunday was dominated by the final matches. Both semi-finals of the Helvetia U16 Cup were decided after a 1:1 penalty shoot-out after the regular playing time. Bologna FC and Benfica Lisbon kept a cool head and made it to the final. The final was very attractive and similarly balanced to the semi-finals. Since no goals were scored in ten minutes overtime, the penalty shootout had to be decisive again. There, the goalkeeper from Bologna parried even stronger than in the semi-finals and secured the tournament victory for the Italians. For the first time in the history of the Helvetia U16 Cup, an Italian team took part. FC St. Gallen won the match for 3rd place against Stades Rennais from France with 2:0 and was therefore the best Swiss. Super!
FC Lugano could not improve in the last game and lost against FC Aarau narrowly with 1:2.

Already during the lunch break the final of the first Special Needs European Cup was on the agenda. A small playing field was set up on the main square of the U16 tournament. In an entertaining game, Liverpool FC won 3-1 against S.L. Benfica Lisbon. Liverpool FC celebrated together with their U16 team at the Special Needs Team Award Ceremony. A great picture.

Four intense days come to an end. We experienced a top-class U16 tournament and were able to watch wonderful matches on the tournament grounds. We are especially proud that six clubs arrived with one U16 team and one Special-Needs team each. VfB Stuttgart told us that this was the first time in the club’s history that this had happened.

We would like to thank all spectators, players, coaches, sponsors and above all our 100 volunteers in Lugano. Thank you very much and see you in two years!