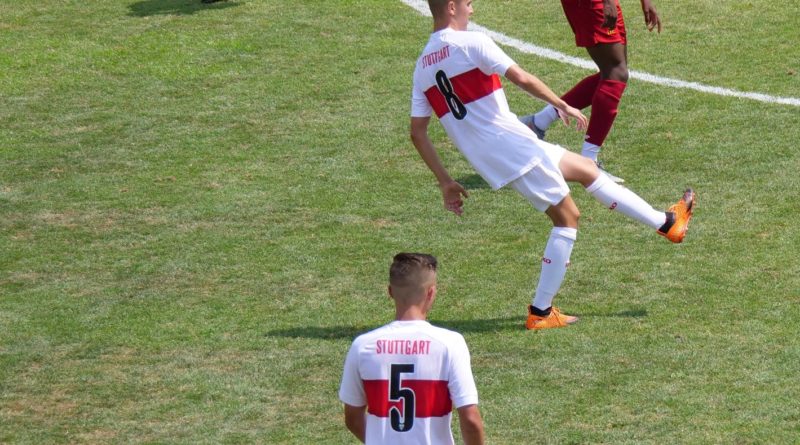 The third day of the International Helvetia Cup 2019 starts with brilliant weather in the next round. Today are the last matches of the group phase. Benfica Lisbon are still defending their position in Group 1 today, winning the group stage without defeat and qualifying for the semi-finals. In second place is Stade Rennais, who will also play the semi-finals tomorrow.
In Group 2, Bologna qualify undefeated and with 5 wins for the semi-finals. FC St. Gallen and Team Vorarlberg are level on points after the group phase. Thanks to the better goal ratio, St. Gallen took second place.
The host Lugano is unfortunately at the end of the table with two points. With tomorrow’s support from the audience and new motivation, the first victory can certainly still be achieved.

The newly formed Special Needs Team of FC Lugano experienced a special match today on the main court of the International Helvetia U16 Cup. They played against Manchester City in front of many spectators and in bright sunshine. They were supported by the women’s team of FC Lugano. The players accompanied both teams as they marched into the stadium. Despite a 3-0 defeat, the Lugano Special Needs Team was celebrated by loyal fans.
All group matches of the preliminary round of the Special Needs European Cup are history. Liverpool FC qualified first and Benfica Lisbon second for the final. This will again be played tomorrow on the main pitch.

We are looking forward to numerous spectators tomorrow, exciting final matches and a successful tournament conclusion of the 10th edition of the International Helvetia U16 Cup.