The first INTERNATIONAL HELVETIA U16 CUP was held in 2001 in Bad Ragaz. For the organization of the tournament, the Association INTERNATIONAL HELVETIA U16 CUP was founded. The aim of the foundation was to make it possible for the Team St. Galler Oberland (a community for the promotion of young football players) to compete against international top clubs. From the beginning, it was an important aspect that teenagers can interact with and make friends with. According to this, the social background of this tournament has been generated. Teams from less privileged regions of the world are given the chance to compete against the best of their age and gain positive impressions.

VFB STUTTGART AT THE TOURNAMENT IN 2002

Since the first edition, the tournament grew permanently and nowadays it’s one of the most important and best-staffed youth tournaments worldwide. The social engagement makes the INTERNATIONAL HELVETIA U16 CUP unique. The organization of this big tournament is only possible thanks to many volunteers, parents, sports fanatics and sponsors. Therefore we would like to thank you all for the big support. The whole profit of the International Swiss U16 Cup benefits the promotion of young regional football players. 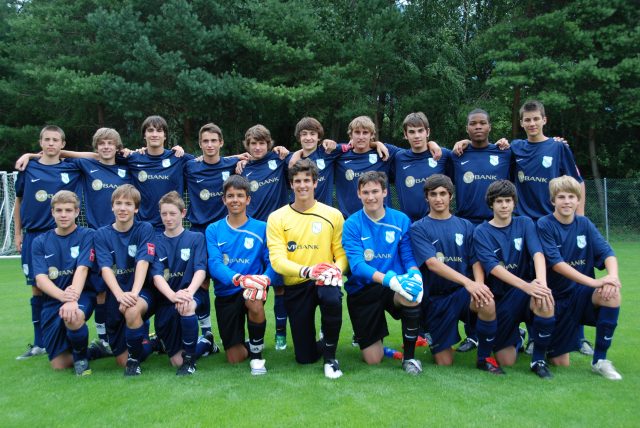 Winners of the past tournaments